In 2000-01, I was part of a faculty seminar called Consilience, in which 12 or 15 Brandeis faculty met weekly, along with students from the faculty's departments. We read E.O. Wilson's Consilience — on how the sciences are coming together into one meta-field, and the arts together with the sciences, and all (he didn't know really much about art except for what he read, but boy did he know about the sciences), and one part of the seminar involved each faculty member talking at length about his or her work, for two hours.

Also, there was a lot of reading. Thankfully, we all got one course relief; the relieved courses were taught by the students who also attended the seminar. For music, it was Steve Weigt.

I prepared a one-hour lecture (perhaps to appear here at some future point) and some handouts for the others to study the week before my lecture. Then there was an hour of questions, speculations, ideas about definitions of beauty, etc., and of all things, a question about whether it was Britney or Christina who really had it goin' on. That last part is a paraphrase.

One thing I prepared to give the others a taste of how composers think (or at least how they write about how they think) was the following handout about my triple clarinet concerto Cerberus (the link there is to the Spotify album on which it appears) — a live performance is here. For the record, the piece is also copyright © by CF Peters.

The handout refers to a second handout, a detailed PDF. That is here.

With further adieu, the handout.


Rakowski: Cerberus. Notes on the composition.

Cerberus is a concerto for clarinet and a chamber orchestra of 13 players. I had made a pie-in-the-sky application to the NEA for funding to write a clarinet concerto for my wife Beth, and it was, alas, approved. So now I actually had to write one. A premiere in Berkeley and Davis, California was promised by the Empyrean Ensemble for May, 1992, providing I finished the piece on time.

When starting to writing a concerto, a composer thinks long and hard about two things above all else: the relationship of the concerto soloist to the ensemble, and how the soloist will make its first entrance. Since Beth tends to be asthmatic with the spring and fall changes of weather (remember the premiere was in May), I knew I would have a hard time writing very long phrases for the soloist, as Beth would be often out of breath; so I decided to put a clarinet and a bass clarinet into the chamber orchestra that would act as “extensions” of the soloist, “reflections,” “amplifications,” “partners,” etc., or as metaphorical doppelgangers. This way clarinet lines could possibly (and magically) appear to defy wind player logic and go on nearly forever, without the need for breath — a three-headed clarinet — Cerberus. These über-lines would then pass from the soloist into the ensemble and back, etc., giving the soloist a complicated relationship to the ensemble: part of it while also superior to it, as it would be sitting in front of and apart from the ensemble in performance.

As to the entrance of the soloist, I decided, instead of making a big dramatic gesture, to “hide” the soloist inside the sound of the clarinets in the ensemble, and to let it assert itself only gradually, emerging as the real soloist only towards the end of the first movement. To accomplish this, I could make all three clarinets play together most of the time, each with musical lines that were not very different from those of the others; this way the listener should not be able to tell which part belonged to the soloist and which parts belonged in the ensemble. To make the point quite clear at the outset, I knew I would begin on a unison (all the clarinets playing the same note). I further decided to have only the clarinets play for the first two minutes, with the ensemble joining in only gradually, one instrument at a time. If I were a continental European composer, I would add here that “this was the first time this was ever done in music” whether or not it was true.

But which unison note to begin on? By the time I got around to starting the piece, I was at the Rockefeller Foundation Bellagio Center in Italy. Every afternoon at 3:00, a couple of church bells just down the hill would peal loudly for about five minutes. Those bells were pitched on G and D, and I heard them every day, so why not start with G and D? This way if my piece were ever performed in Bellagio on a 3:00 concert, it would blend in nicely. As is usually the case with pairs of bells, each pealed at a different rate so that the two of them went in and out of phase with a certain regularity, and that created interesting rhythmic and melodic patterns. My piece, then, could begin with each of the three clarinets playing lines that were out of phase (the beginnings and endings of each player’s lines would not coincide) and that very loosely imitated those of the others. Which led to the question: how do you organize something like this? How does the composer give the listener a sense of progression or of hierarchy? Would this music necessarily be without melody? (these questions are not answered below)

The decision followed to have each phrase played by each clarinet start on G, followed by notes that were lower; thus, even with phrases that were out of phase, the three clarinets would have something audibly in common. Further, the phrases would overlap in a way such that G was always sounding—at least one of the clarinetists was playing G at all times. In effect, this would make for a very, very long G, possibly giving the illusion that a fourth, unseen clarinetist was playing it. And this clarinetist apparently didn’t have to breathe like mortal clarinetists. Magic! From here, it’s not a big step of logic to decide that the imaginary fourth clarinetist might as well play not only G, but a melody in very long notes — it could play G for a while, move to another note, move to another note, and so on. The idea of a melody in rather long notes accompanied by more quickly moving notes is not novel in music: the Notre Dame composers of the 13th century did it famously, Bach’s chorale preludes do it as a central premise. Historically, that melody in long notes came from an external source, a pre-existing melody, often a liturgical one — which was called a cantus firmus (fixed melody). In other words, I now knew I was going to compose with a cantus firmus — but not a pre-existing one (unless the bells count) — whose first two notes may as well be G and D (I was in Bellagio…the bells…remember?).


Then I composed a melody of 19 notes (starting on G and D) to function as a “cantus firmus” for the whole concerto. While on the surface the music would get faster and slower, there would always be the same 19-note cantus firmus moving at a slower speed. In the finished piece, the cantus firmus takes as long as three minutes to unfold, or as little as 20 seconds. Sometimes the cantus firmus is obvious, and at other times is only in the background.

But now back to the opening of the piece, wherein we hear only three clarinets, and a phantom fourth clarinet playing the cantus firmus. The following may be heard and observed:

Some musicians, when told of 3) and 5) above (something happening on the surface is closely related to something happening much more slowly in the middleground), say, “so it’s like fractals.” Which just goes to show you how little musicians know about fractals. If this were truly a fractal piece, it would still be going on. It’s really just a very simple example of how one composer thought about using stuctural levels in one piece (the “grand structures growing out of small details” of the indented quote on p. 239 of Consilience.).

The graph of the first 12 measures of Cerberus (here)

The first twelve measures of the piece may be seen twice, with dynamics omitted to reduce clutter. In I. Phrase shape, one may see the melodic shape of each clarinetist’s phrase simply, in terms the notes moving up or down. The phrases are generally notated under a slur (an arc shape), and the players must breathe between them. One can see very generally the loose imitations in phrase shape and the overlapping of the phrases. In a few instances, the composer’s notion of where a phrase begins and ends contradicts the slur markings.

In II. By Cantus Firmus Tone one can see in boxes when a player is playing a cantus firmus tone, and see the overlapping that gives the illusion of long, continuous tones. Above the music, connected by arrows, are the names of the pitches of the cantus firmus as it unfolds.

The music shown on the graph represents the first 1:20 of the recorded excerpt.  The first non-clarinet to play is the cello at 2:13, joined thereafter by viola, violin 2, and then the rest of the ensemble more quickly. The second iteration of the cantus firmus begins at 3:10 when the texture reduces to one note. The solo clarinet is heard unequivocally as the soloist for the first time beginning at 5:39, only to be sucked back into the cerberus, and to re-emerge at 6:36 in counterpoint with a wind melody.

Here is an excerpt from the Sacramento Bee’s review of the premiere, which is pertinent to the texts of the Consilience Seminar: “The interplay, prior to the emergence of the real soloist, the immensely talented Beth Wiemann, gave listeners a Heissenbergian (sic) sense of indeterminacy, one which governed the remaining movements.”
Posted by zio davino at 3:16 PM Links to this post 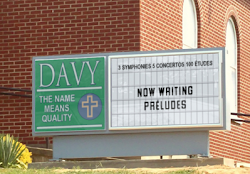 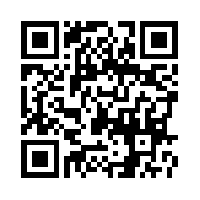